How to Improve Conversion Rate? Secrets of Neurolinguistics

Techniques to influence the target audience

Neurolinguistics describes dynamic links between consciousness and linguistic. It also explains their impact on human behavior. There are efficient methods of influencing the target audience based on brain functioning studies. This knowledge may come in handy to anyone who works with text and willing to broadcast the right info to consumers. So how to make your text convincing and improve website conversion rate?

Framing is a powerful tool to engage the audience and affect their choice.

Political tacticians claim that what you say is much less important than how you say it. A number of alternatives described in different ways bring different results.

The approach is the key which makes a cup half full or half empty.

You may choose certain reality aspects and make them more notable in a communicative text. The same information can translate a positive or negative message. The positive frame is a context of gaining, while negative is about losing. Gain triggers positive emotions and loss generates negative ones. Though it’s all about the context.

Gain mentioning creates a positive frame, in contrast, losing makes it negative. A person has a choice and its results are described as gain or loss.

For instance, you can say to a smoker that they would become younger, good-looking and feeling better without cigarettes. Or you can say smoking destroys their lungs and teeth. As is known, it’s easier to give up smoking for those who see themselves healthy without cigarettes. Attempts to quit because of the fear of diseases tend to fail. In the first case, a person gains well-being. In the second one they suffer and lose even for a good cause. So, highlights matter.

When people are asked to choose between ground beef containing 75% of meat and the one with 25% of fat, the vast majority turn to 75% option, though both compositions are the same.

Frames are built on existing cultural codes. People learn them unconsciously in the process of communication. In some way, a frame is our vision of the world. Everybody has their own, but we have a lot of common. So framing works almost every time.

Rhetorical framing methods refer to choosing words, metaphor, samples, keywords, and sentences which strengthen the meaning of facts and opinions — everything that helps in emphasizing.

Techniques include different elements of writing as well as layout and graphics. J. Tankard identifies the following framing techniques:

However, negative frame broadcasting loss aversion is also useful in some cases. For example, when people watched a video about tomograph capabilities they didn’t feel anything or want to use it. But a video about the risk of cancer without a prompt diagnosis stimulated people to make an appointment for an examination. A negative frame converts better when a potential client is afraid to lose something significant such as health, money, etc.

Both positive and negative frames can turn visitors to leads efficiently. But how to define what’s better to use in your specific case?

You should rely on your offer, target market needs, the way potential consumers perceive your product. Namely, everything that plays a significant role when creating a marketing offer is a focus. You should analyze your target audience and find out their thoughts. You could create trial versions with different frames and test them. This will help to figure out what works best in your case.

Presuppositions build a reality where only needed choice exists.

“You can figure it out, right?” — in this reality, a person is able to solve any problem.

“Will you choose to buy a jacket or coat?” — in this reality, a person will buy something anyway. They even have a choice — jacket or coat.

Presuppositions distract quite a straight and procedural mind. They use questions, alternatives and consistent instructions.

To make a reader of selling text or landing visitor perceive a presupposition, it should be used in combination with so-called adjacency pairs.

For taking information, the human mind has to accept the first part of the claim as a fact at least for a second.

Let’s see a simple illustration of such a combination. I’ll ask you: “How would you use neurolinguistics techniques to improve conversion rate?”. To answer this question, you should accept the initial premise that you will read this article and use the described methods in your marketing practice.

When a person is asked to imagine something, the imagination will also show the result. For instance, visualizing a defined good he bought. The same mental feature also bases on such persuasion technique as self-selling.

Offer formulation with a combination “Ask to imagine something — Picturing itself” — fires self-convincing along with self-selling mechanisms.

Established fact, that rhythm affects the human mind and is used in hypnosis. Rhyming words and phrases are remembered better. It doesn’t matter if you read aloud or to yourself. Sometimes, rhymes are so stuck in one’s head that they can’t get rid of it!

Rhythm, rhyme, alliteration are efficient when creating short texts — slogans, titles, and subtitles. They make texts more catchy and appears to be familiar and positive.

There are researches on participants asked to assess the validity of rhymed and not rhymed claims. It turned out that rhymed ones seem more valid. Moreover, people tend to accept rhymed claims and reject the same ones without a rhyme.

Use rhyme in a selling text to make marketing messages sink in and reach the target. Of course, it’s better not to overdo — a sense of proportion can’t hurt.

Reframing is a shifting of perceptual focus. This method reformats thinking and perceived offer value. Reframing changes the point of view which leads to the shift in assessment and attitude to the situation.

There are reframings of meaning and context. Reframing of meaning is like a replacement of a painting in the frame. The same quality becomes positive or negative. As an illustration, we can describe someone as not a greedy but a frugal person. Cowardice may be presented as reasonable care and vice versa.

Reframing of context refers to changing situation assessment depending on the surroundings. Such as, the word “love” has a positive meaning, in contrast, “love for alcohol” is negative.

According to the goals of our text, we can shift the focus. For instance, calling an altruist as “a person caring of others”, the perceptual focus is shifted on other people. But if we call them “a person not caring about themselves” — the focus will be on the person.

Often reframing is used for the illusory reduction of the price or influencing consumer choice. Thus, a $3 good seems more expensive than one for “only 300 cents”.

The effect of contrast is also a powerful method of shifting the perceptual focus. Hence, buying an expensive good on credit is equated to a couple of cups of coffee. “Just refuse of extra hamburger” is better accepted by our mind than an offer to pay $7 monthly. The car price expressed in donuts seems way lower than in dollars. Comparison to small and cheap things decreases the meaning of upcoming spendings.

The point of this effect also refers to asymmetrical dominance. People are more likely to buy one of two goods if there is a third one which is worse than the first one and has both pros and cons towards the second one.

For example, a landing visitor is offered three rates with different daily prices. One-time payment of one rate is lower, but its daily price is higher, and a set of functions is poorer. This rate is a trap. Eventually, due to reframing the most expensive rate seems the best choice.

All of them have to be adopted thoughtfully. After creating a text-based on neurolinguistics laws, you should test it on your target audience. Tests allow us to figure out which texts, phrases, and titles improve the conversion rate in every specific case. Only you can find the right formula which works best for your audience. 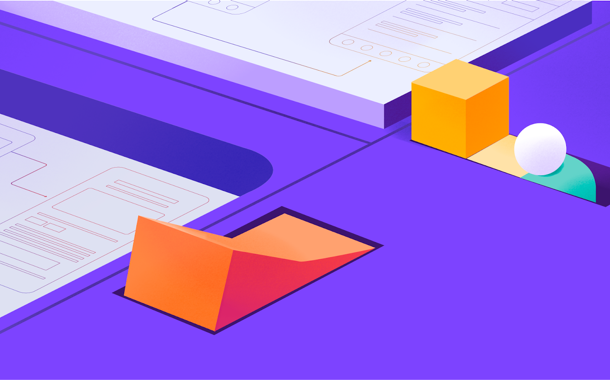 User Flow. How to Guide Your Users So They Reach the Goal 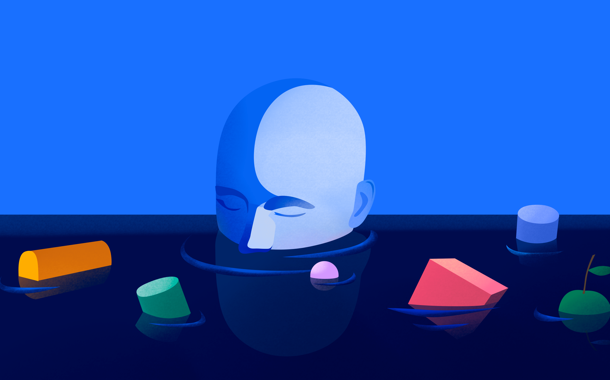 Fantastic Power of Associations and Triggers in Marketing